This guide offers a short history of SUNY Adirondack, formerly Adirondack Community College, based on items in the college archives. It was created in the spring of 2011 by librarian Caitlin Sheldon. It is periodically updated. 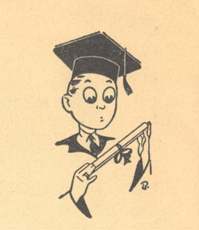 Welcome to SUNY Adirondack's College History guide. This guide uses items from SUNY Adirondack's college archives to describe the history of the college. Photographs, articles, programs, documents and other materials dating from 1960 on have been uploaded and supplemented with descriptions in order to make the information available to students, faculty and the public.

Click through the tabs at the top to explore the founding and the history of the college, and please enjoy your tour!

1958 - A group of Warren County citizens, encouraged by County Supervisors, raise the idea of a local community college, and meet with the Dean of Community Colleges of the State University of New York to discuss what could be done. An Action Committee is formed of both Warren and Washington County citizens, who then survey local students and their parents to determine their educational needs.

1960 - The Action Committee presents their recommendation to the Board of Supervisors in both counties and ask that they jointly sponsor the new college. The resolution is passed, and in June the formation of the college is approved by the Trustees of the State University of New York. In fall of that year, Adirondack Community College is selected as the official name of the future college.

1961 - February- The ACC Board of Trustees appoints Dr. Charles R. Eisenhart as President of the college.

March- A location on Lower Main Street in Hudson Falls is selected as the temporary campus location, with physical education classes to take place in the nearby YMCA facilities.

1967 - August- The college moves to its new campus on Bay Road after the close of the summer sessions.

1971 - The college is accredited by the Middle States Commission on Higher Education.

2010 - The college is renamed SUNY Adirondack.

2012 - The culinary arts program moves into a leased building at Bay Road.

Reflections on the College's History

The following documents were created by the college or by college faculty to look back at SUNY Adirondack's history. They give a timeline, analyses, and first-hand accounts of the college from both historical and personal standpoints. Click the links to open the files in a new tab.